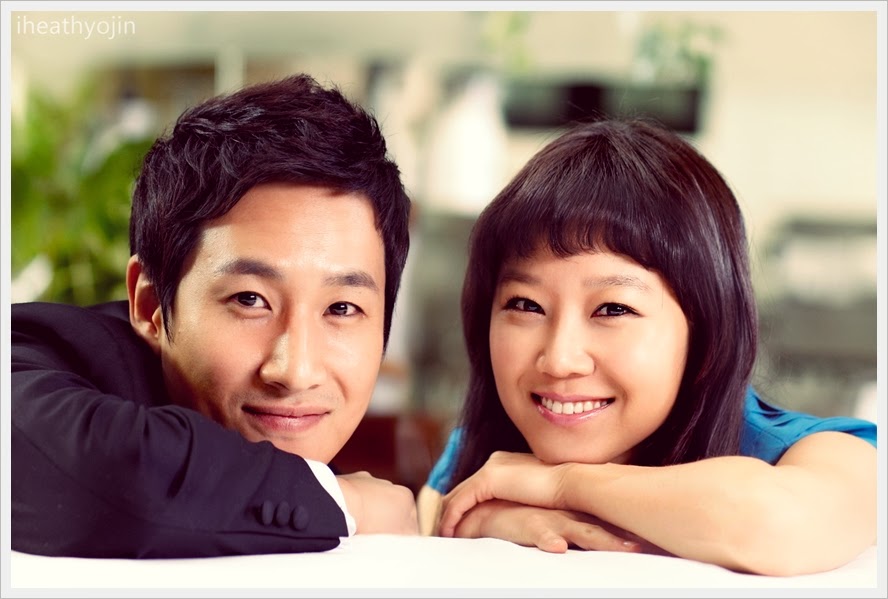 Q: What is the real Lee Sun-gyun like on set?

Gong Hyo-jin (GHJ): He is not as gentle and sweet as I expected him to be. (laugh) I’m usually very friendly but I was only able to say a mere ‘hello’ to him on set for the first two weeks because we did so many scenes where I get scolded by him. But I like it because he’s more manly than I expected him to be, he’s funny and also very encouraging as the eldest on set.

Q: You’re returning to the small screen for the first time in two years with MBC TV series “Thank You” being your last drama. Why did you choose to take on “Pasta”?
GHJ: I’d been looking into a lot of scripts but it had been hard to find a drama of my taste. “Pasta” seemed not just like a fun drama but I liked my character Seo Yoo-kyung’s personality because she seemed to be candid. She is someone whom people will support because they will feel sympathy for her while delivering a sense of achievement or courage to viewers by showing the process of how she changes in the end. I liked the drama because it’s not just about the main characters’ living happily ever after but also about them fighting for something and achieving something as human beings.

Q: You said you took on movie “Crush and Blush” because you wanted to win an award. What do you want to gain from “Pasta”? (laugh)
GHJ: Oh, it wasn’t entirely for that reason with “Crush and Blush”… But it’s true (laugh) and with “Pasta”, I hope it sees good ratings. (laugh)

Q: There’s only a week left before it premieres. How is the atmosphere on set these days?
GHJ: We pull allnighters everyday. It’s very rare to shoot a single scene 160 times but we did that with the kitchen scene you saw in the video clip earlier today. An actual chef is on set with us and he keeps an eye on how we cook. My character Seo Yoo-kyung was a chef’s assistant for three years so she is supposed to be very good at splitting live lobsters into half or handling food products… Those scenes were more difficult than the scenes where I cook.

Q: Did you refer to cooking-related reality programs like “Hell’s Kitchen” or “Yes Chef”?
LSG: Both the actors and producers watched those shows a lot.
GHJ: We watched those for reference for our attire and to see what it’s like in the kitchen when it’s busy or to have a scary chef.

Q: “Pasta” is airing after “Queen Seon-deok” - a drama which topped TV ratings charts for over half a year. Do you feel any pressure from this?
GHJ: I think it’s actually better because MBC usually does well with its Monday and Tuesday dramas and I think we’ll be able to carry on the mood from “Seon-deok”. I am a bit worried though because there are some new dramas which had been delaying their premiere until “Seon-deok” ends.

Q: Is there a particular reason viewers should tune into “Pasta”?
GHJ: There are dramas which force the main characters to simply become romantically involved but I like “Pasta” because it has a clear story at its core. I said i liked it because it’s not all rosy but I think it’s increasingly becoming cheerful drama. (laugh)

Q: Then how do you expect the ratings to do?
LSG: Around 18 percent with hot response from netizens? (laugh) It would be great if we can pass ratings of 30 or 40 percent but there’s the danger of my image becoming fixed. The ratings for MBC’s “White Tower” and “Coffee Prince” weren’t as high compared to the sensation they became.
GHJ: I’m fine with my image becoming fixed so I’ll say 30 percent. (laugh)
Source: 10Asia (full article)
Vietnamese translation: here
Posted by Unknown at 2:33 PM