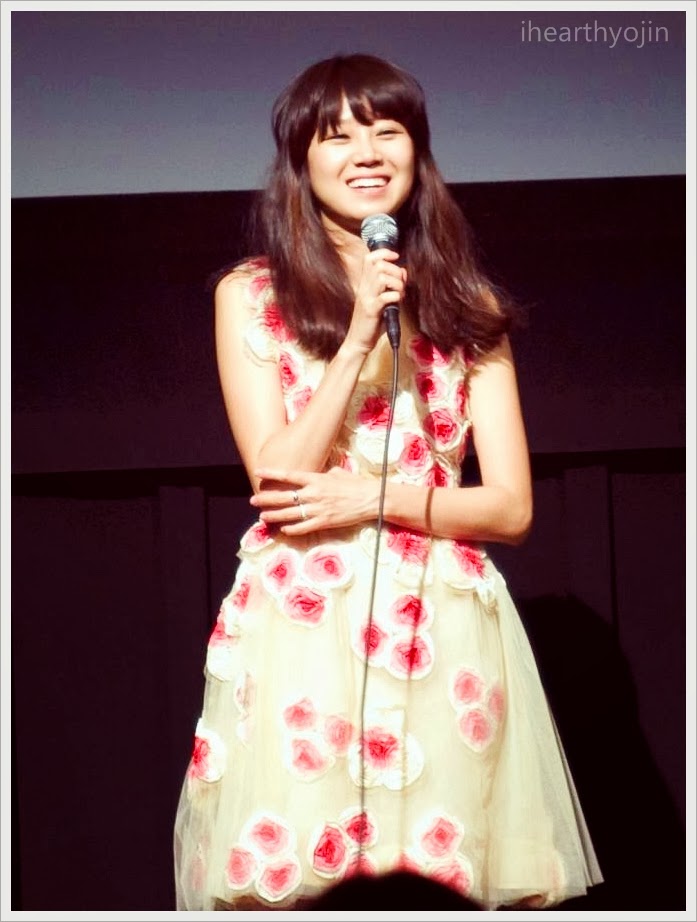 One of the feature guests at this year's edition of the New York Asian Film Festival (NYAFF) was Korean actress Gong Hyo Jin, present to support the one-two punch of her festival-screening films Crush and Blush and Dachimawa Lee. Charles Webb had the chance to sit and talk with her.
[Twitch would like to thank Grady Hendrix of the NYAFF and interpreter Mina Park and of course Ms. Gong for facilitating this interview]
CW: How are you enjoying New York so far?
GHJ: Good.
CW: Have you actually seen any other films at the festival?
GHJ: No. Not yet.